Following his musical initiation in the world of the guitar, Padrosa soon won first prize in his category at the 2nd Zarautz International Guitar Festival. Restless and eager to learn, Bernat Padrosa sought the advice of established guitar masters and internationally-known figures like David Russell, Manuel Barrueco, Hopkinson Smith, Jordi Savall and Carles Trepat. He was a student of Àlex Garrobé, and he completed his studies at the Barcelona Municipal Conservatory with honors. He played for the first time at the Palau de la Música Catalana with the Vallès Symphony Orchestra, performing Mauro Giuliani’s “Concerto for Guitar and Orchestra No. 1, in A major, Op. 30.”

This start opened the doors to his intensive concert activity, with relevant performances around Spain and Europe, and concerts in venues such as the Auditorium of Barcelona, and at such festivals as Cadaqués, Almeria or La Roca del Vallès. 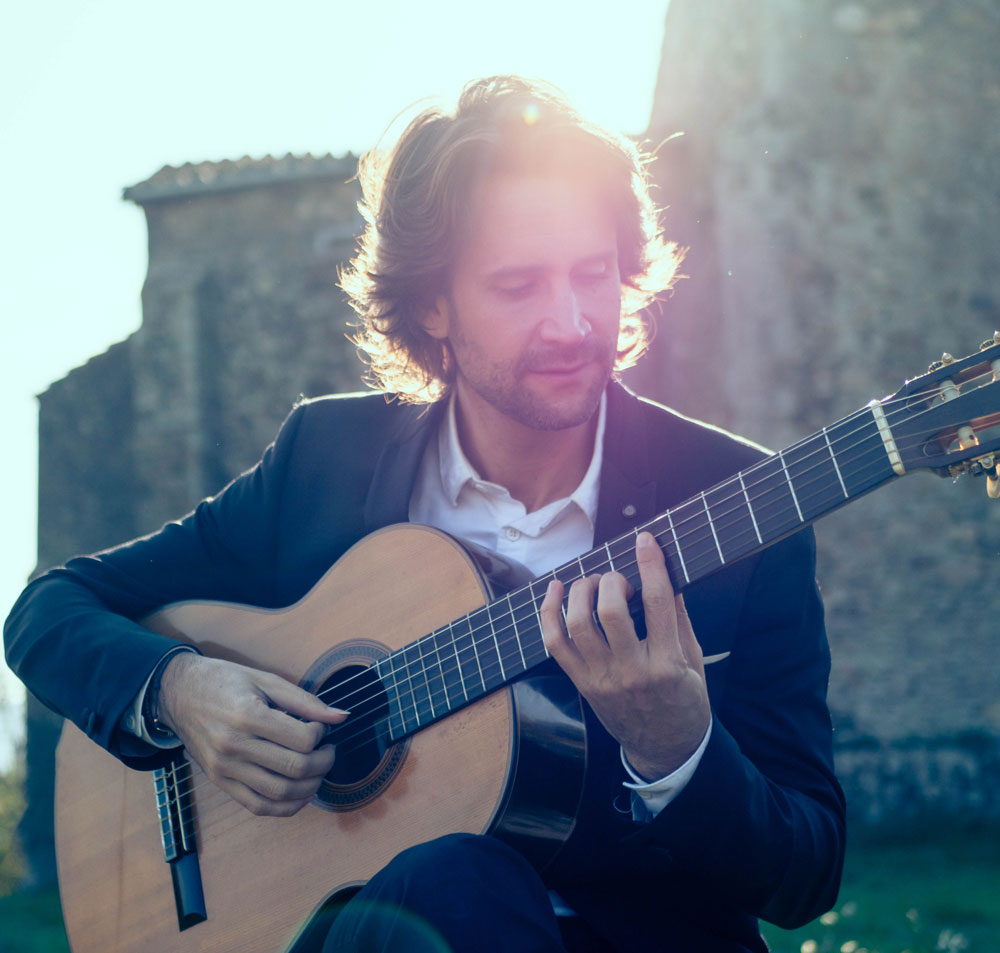 Padrosa won first place awards at the 9th “Músics de Catalunya” International Contest (2006), and the 6th “Ciutat d’Elx” International Guitar Festival (2008). He made his recording debut with Mestres (Masters), becoming one of the Catalan guitarists with the highest international profiles. In recent years, and from a guitar vantage point, he has delved into the work of Frederic Mompou, and has backed a significant educational project with the creation of the Trémolo Professional Music School.

Do you want to contract a concert or contact me?